On the tiny Hawaiian island of Lanai, population 3,100, there are no traffic lights. It does have high-end luxury resorts, and one very high-profile resident, who happens to own most of the island.

The billionaire Larry Ellison is the majority owner of the smallest inhabited island of Hawaii, and he recently announced that he’s making Lanai his full-time home.

He already owns around 98 percent of the property on the island, but an estate neighboring one of the homes he owns has surfaced on the market.

It’s now available for $8.8 million. The listing initially appeared in July 2020, but Ellison’s announcement has sparked renewed interest in the pricey property on this slower-paced piece of Hawaii.

Before it became an exotic getaway, the island’s industry was pineapples. When the pineapple operation dried up, Robert Murdock, the CEO of Dole, the agricultural multinational, began developing the island as a high-end vacation destination.

He added two Four Seasons hotels, and many of the island’s residents shifted from working in the pineapple business and took hospitality-related jobs, according to the listing agent with the estate for sale, Mary Anne Fitch with Hawaii Life.

“The island evolved from a pineapple plantation to a very private, highly prestigious vacation spot, once the Four Seasons were completed,” she says.

In 2012, Ellison bought the two hotels from Murdock, as well as the land holdings, for a reported $300 million.

The co-founder of Oracle has since updated the hotels, and added improvements to the island, such as some farming operations, with an eye toward turning the island into a sustainable mecca.

The island has beautiful beaches, a Jack Nicklaus-designed golf course, and dining and resort amenities in the high-end hotels.

“The very low density of the island and the proximity to the Four Seasons amenities is a draw for many people,” Fitch says of the serene escape.

To spend time on Lanai, you can book a stay at one of the resorts. Alternatively, you could buy property—like say, this multimillion-dollar home. However, don’t expect to find an Airbnb. Vacation rentals based in residential homes are banned on the island, according to Fitch.

If you’d like to join Ellison and set up permanent residence on Lanai, there isn’t much to choose from. He owns most of the properties. Only 13 listings are available at present, and several of those are unbuilt lots.

At the top end of the market, though, estates for sale are hard to come by, and this is the only home on the market in Manele, an exclusive and secluded area of the island, Fitch notes. It’s available fully furnished.

The seller “spent years and years developing the property. It’s his pride and joy. It’s very custom-built to his style,” Fitch says.

A businessman from Hawaii, he has decided to sell because he now has plans to travel the world by boat. 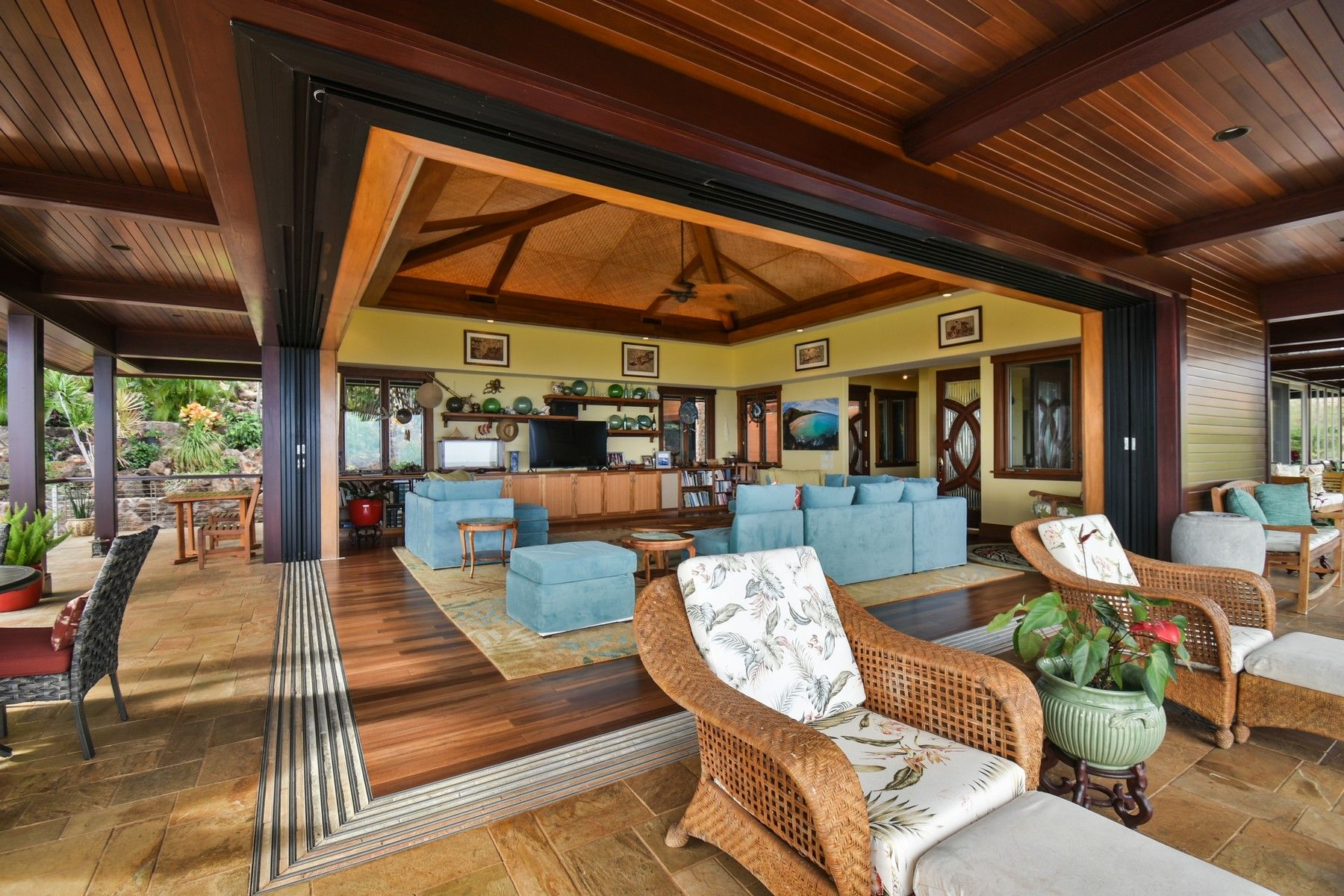 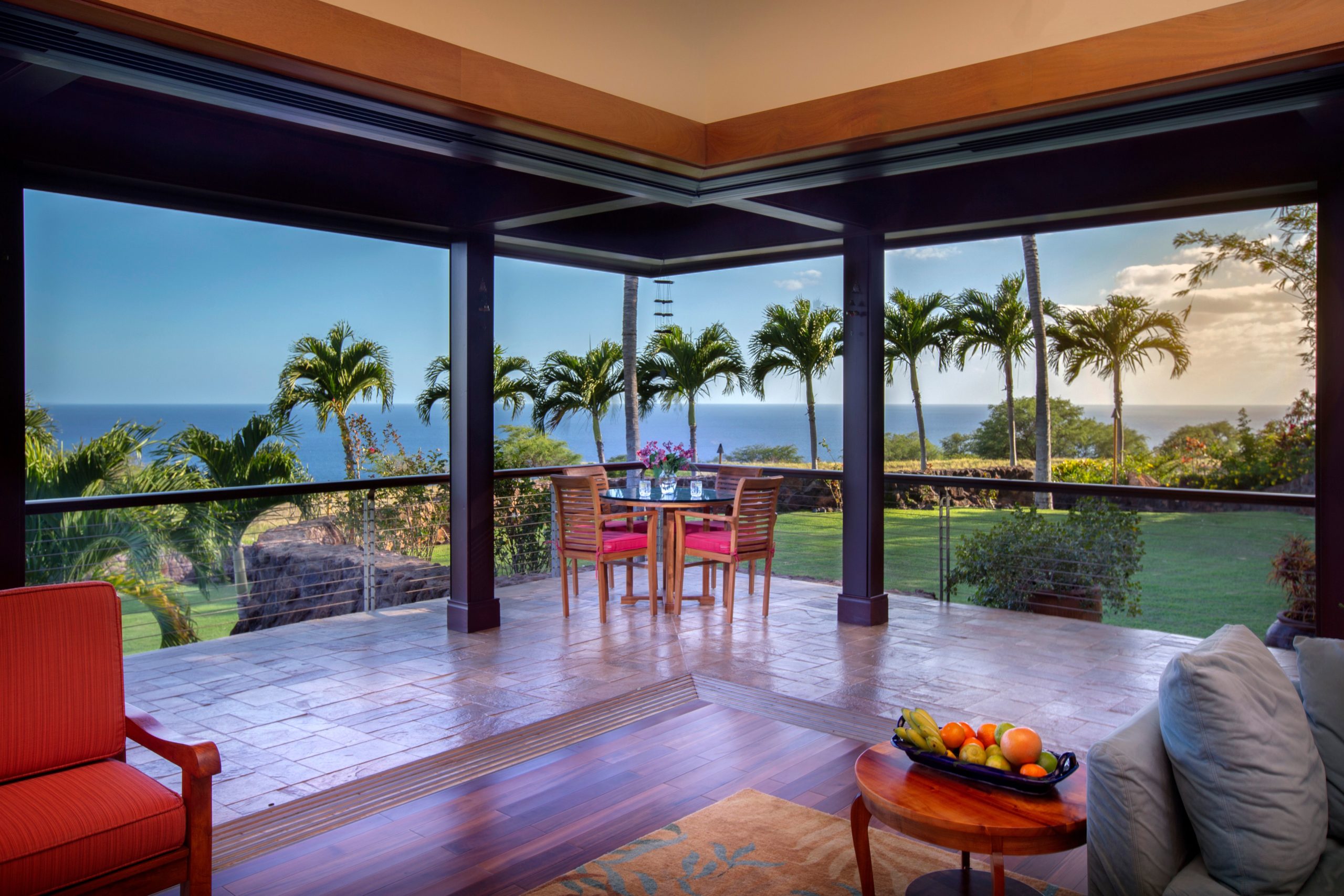 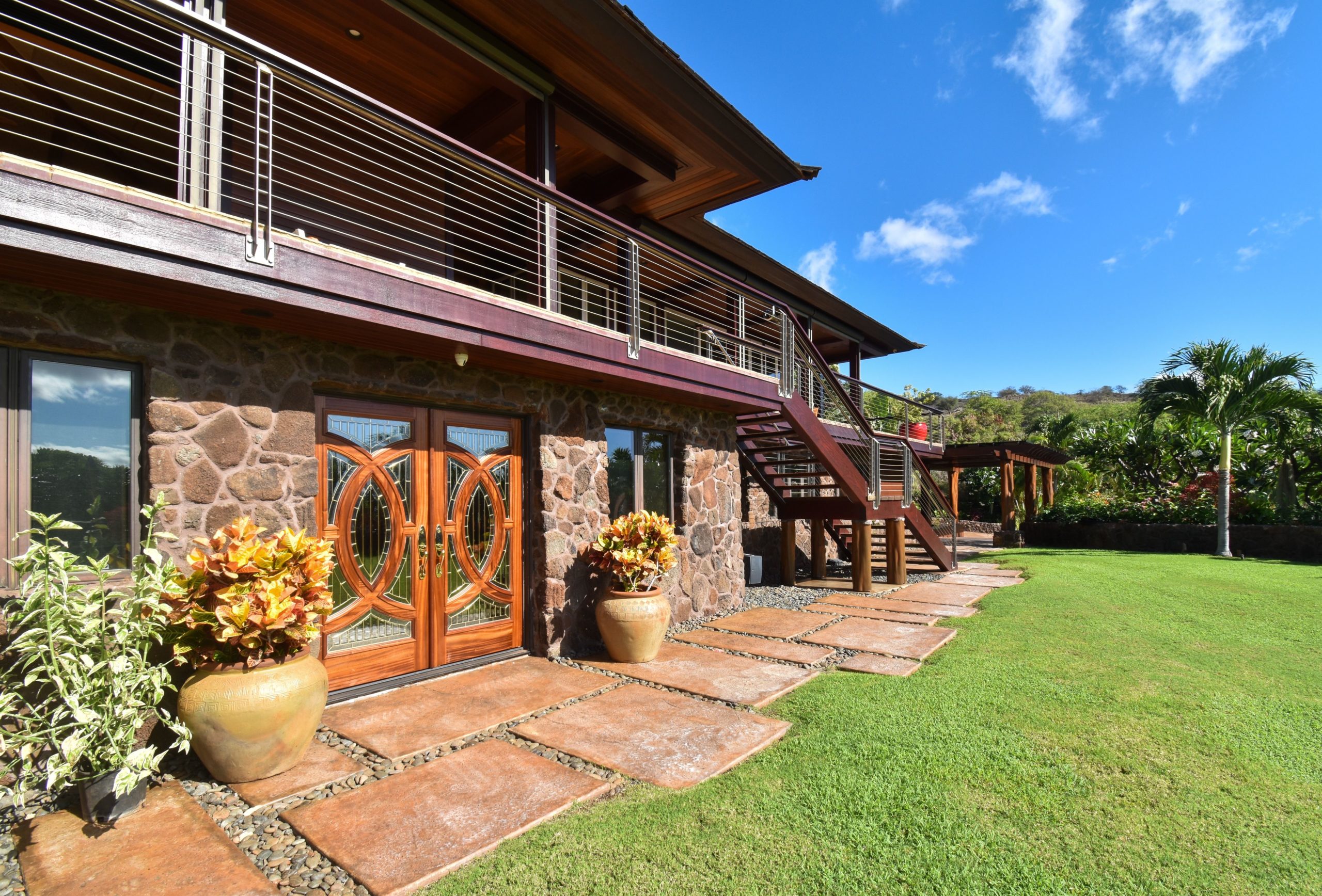 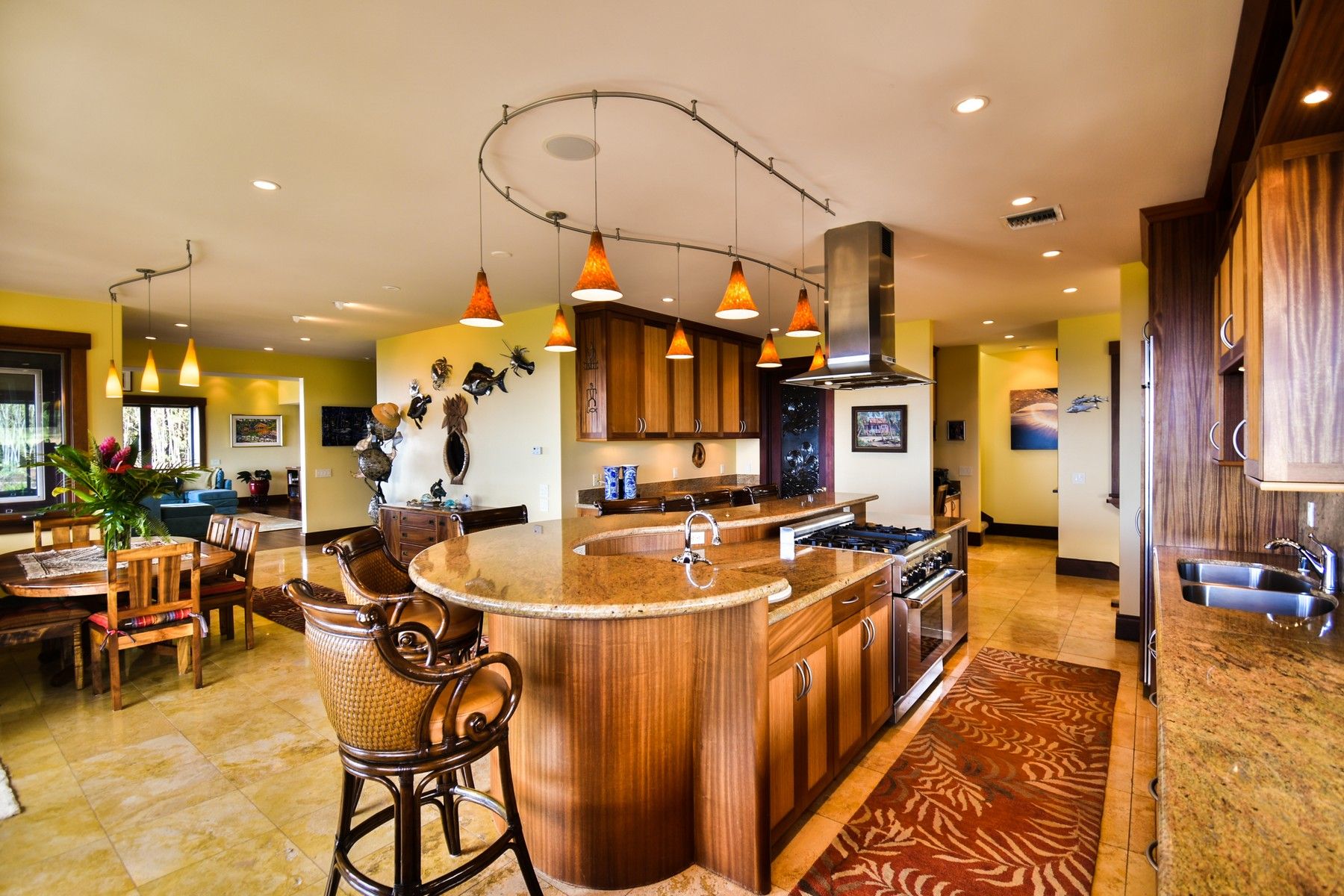 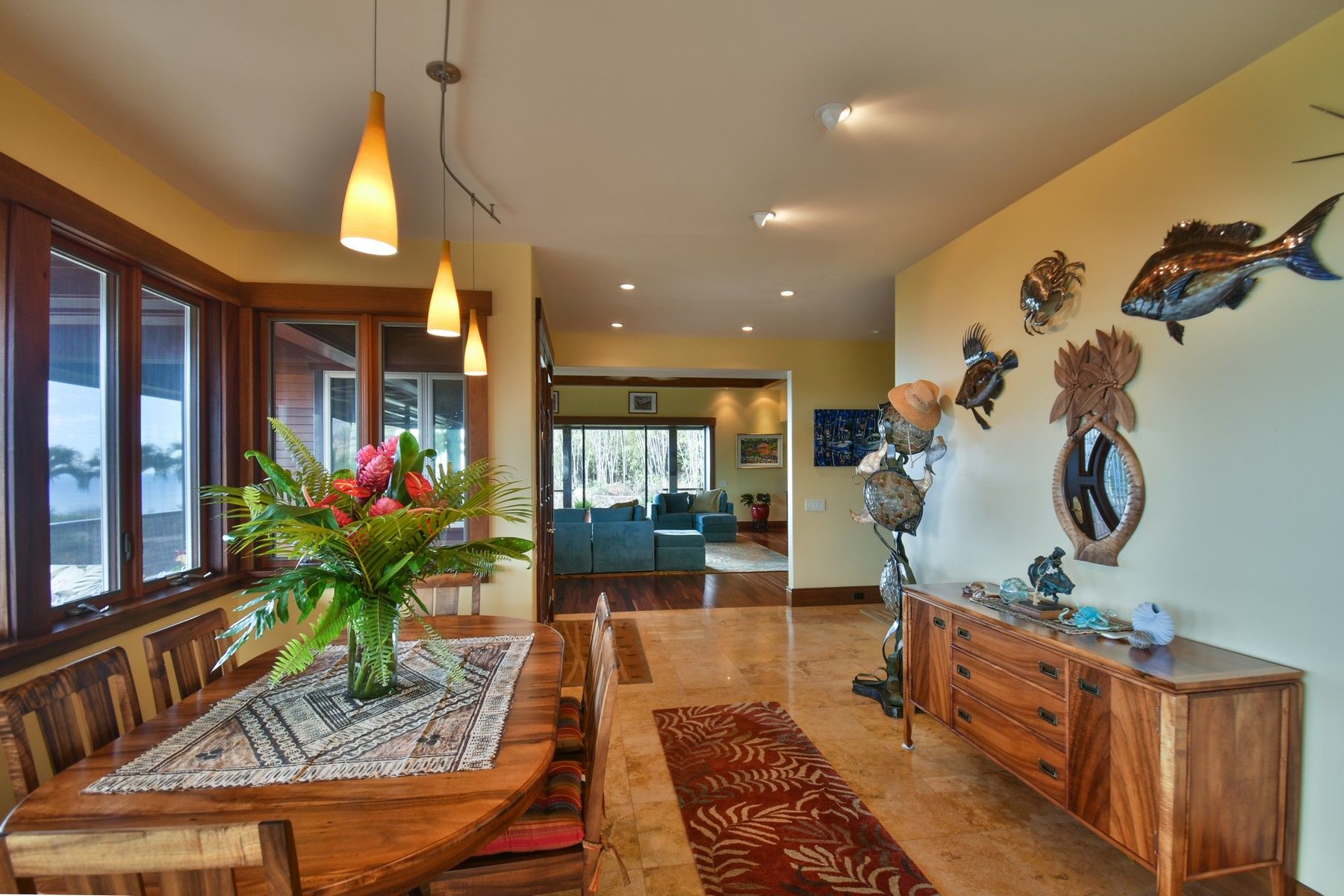 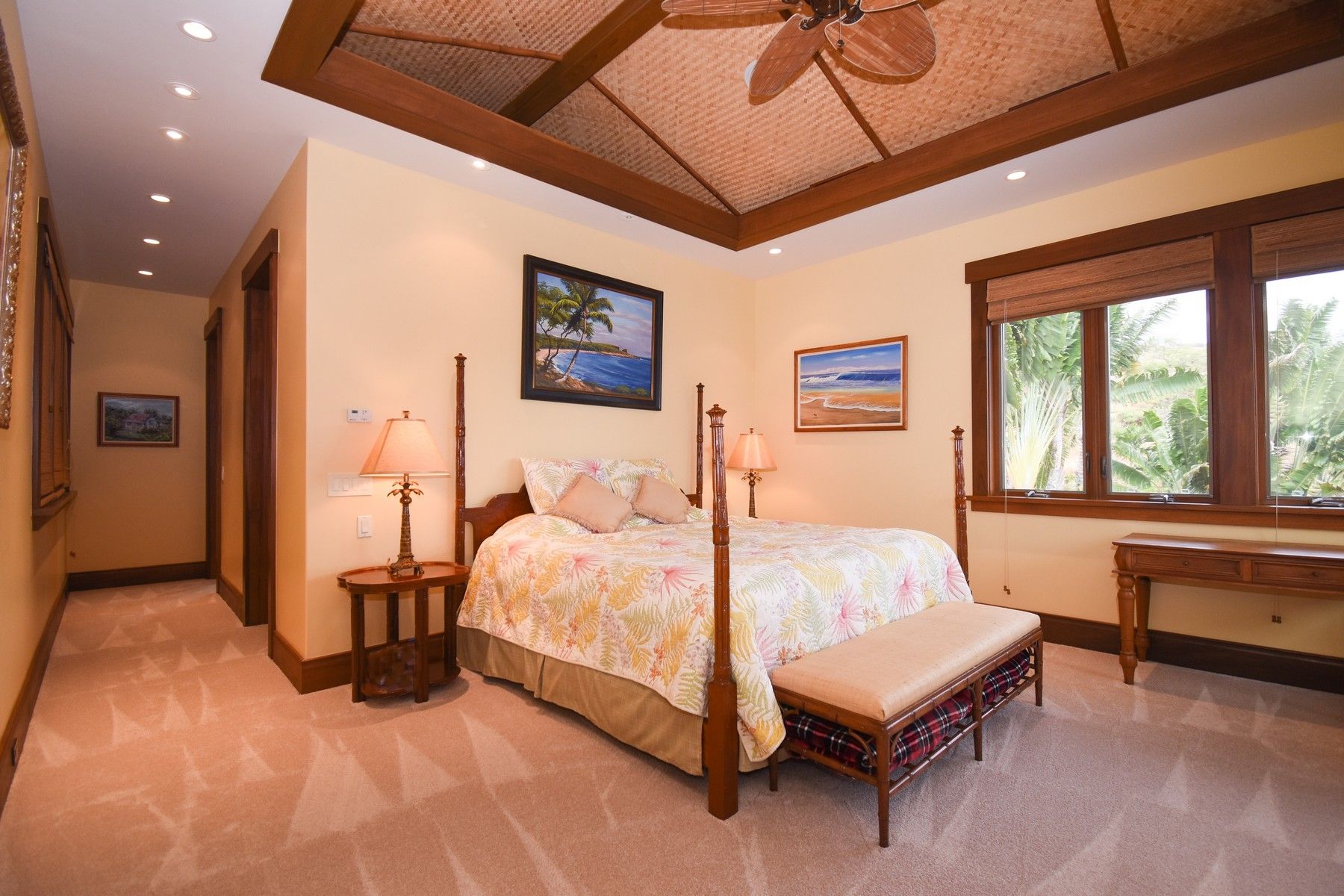 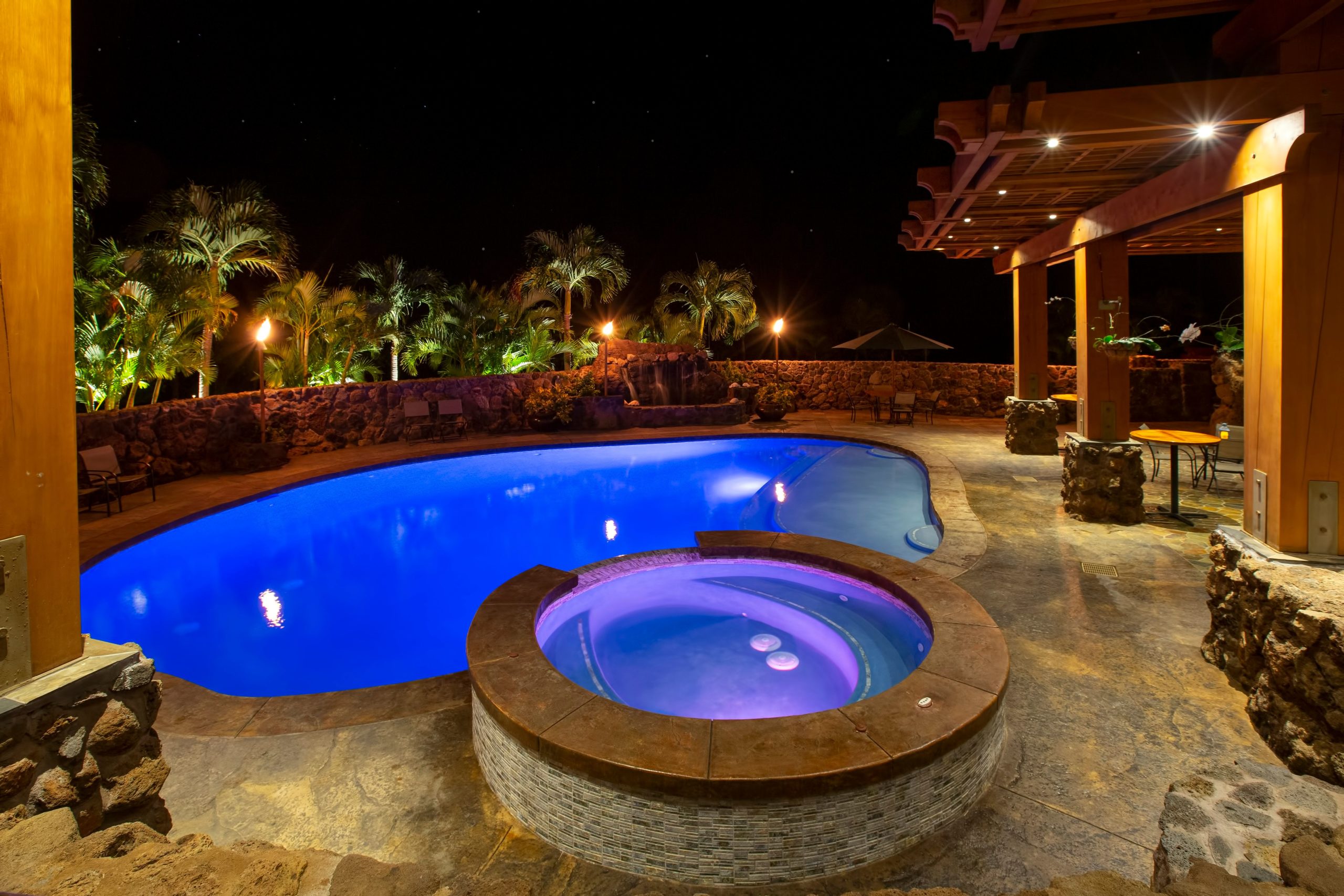 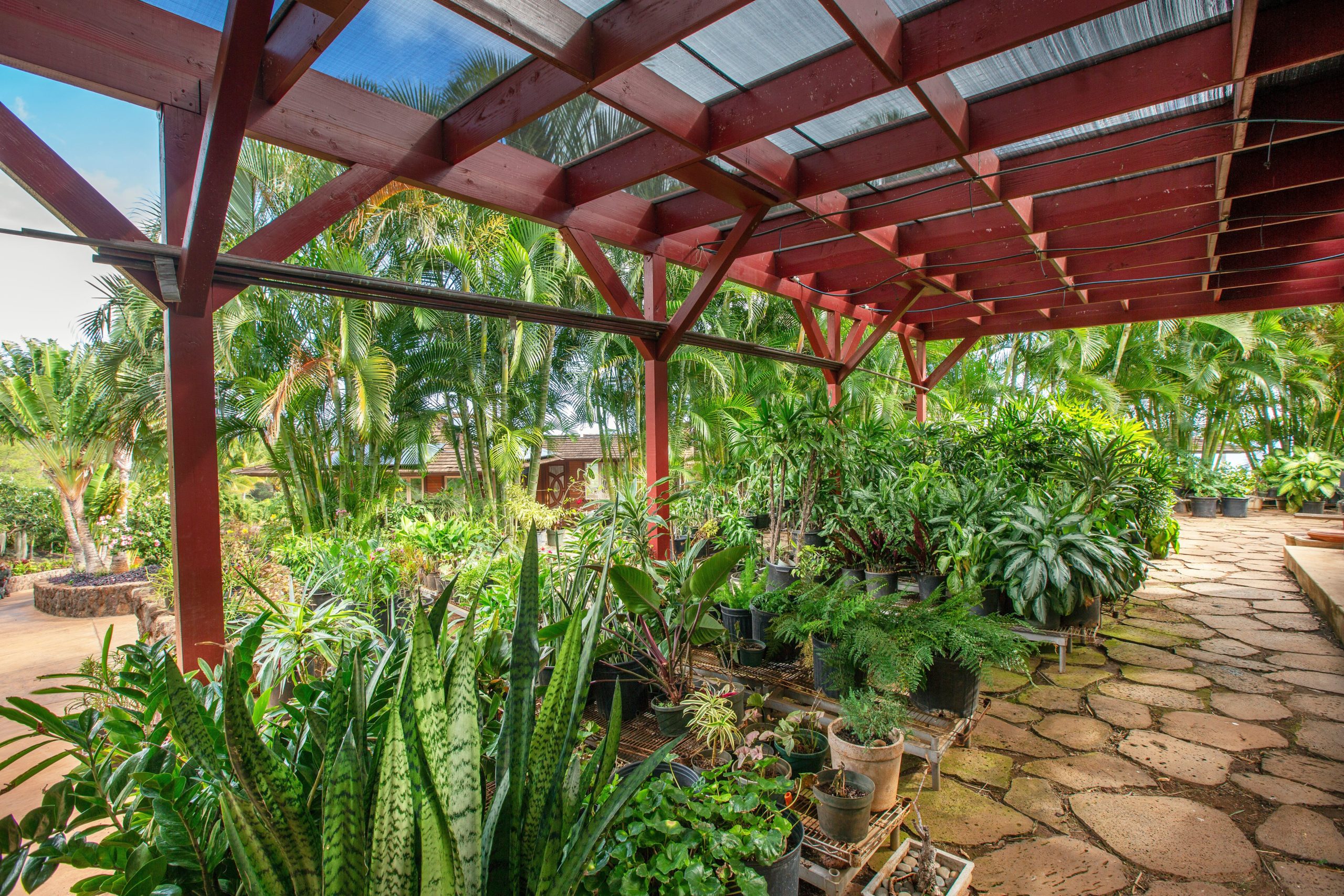 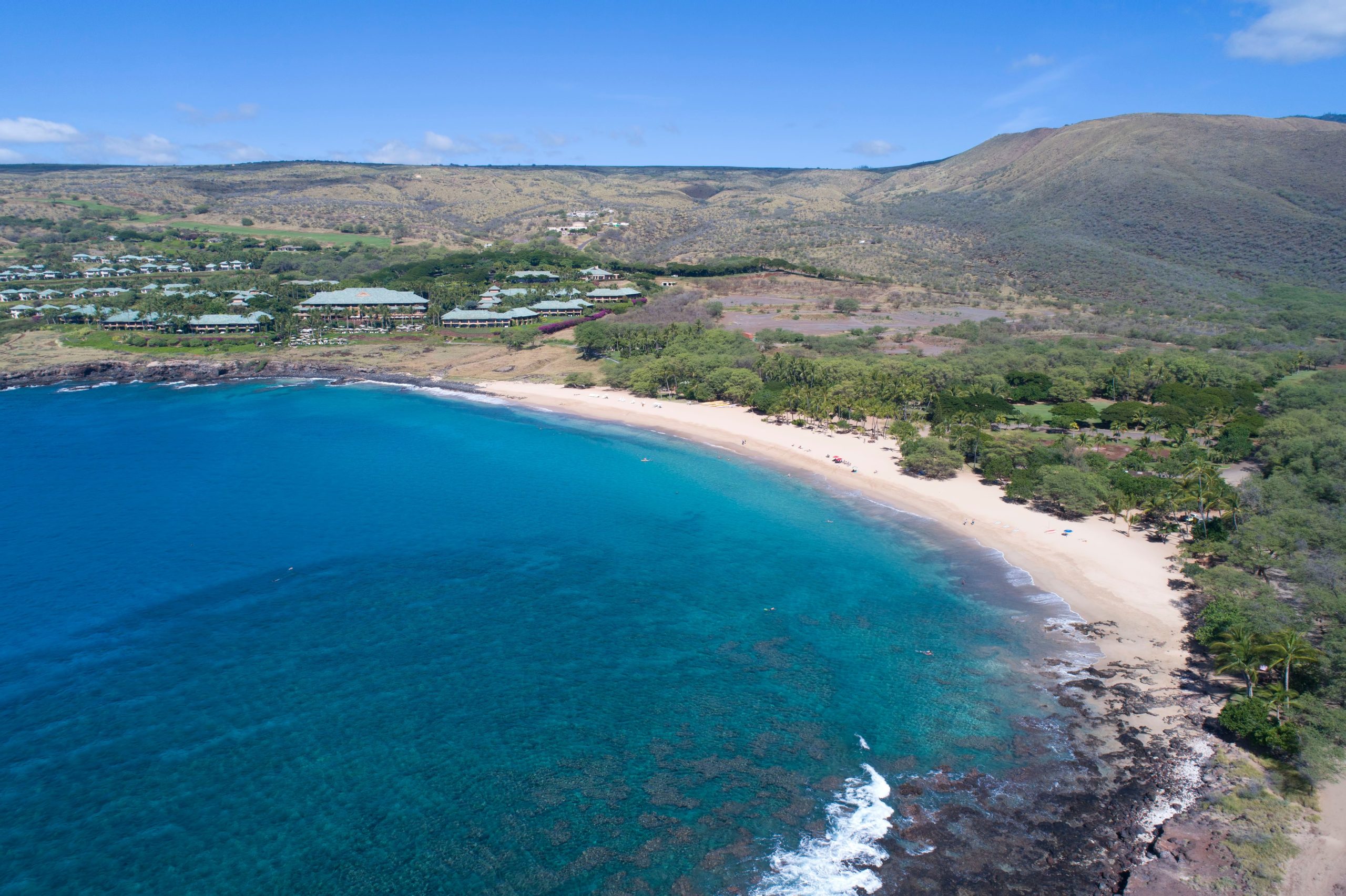 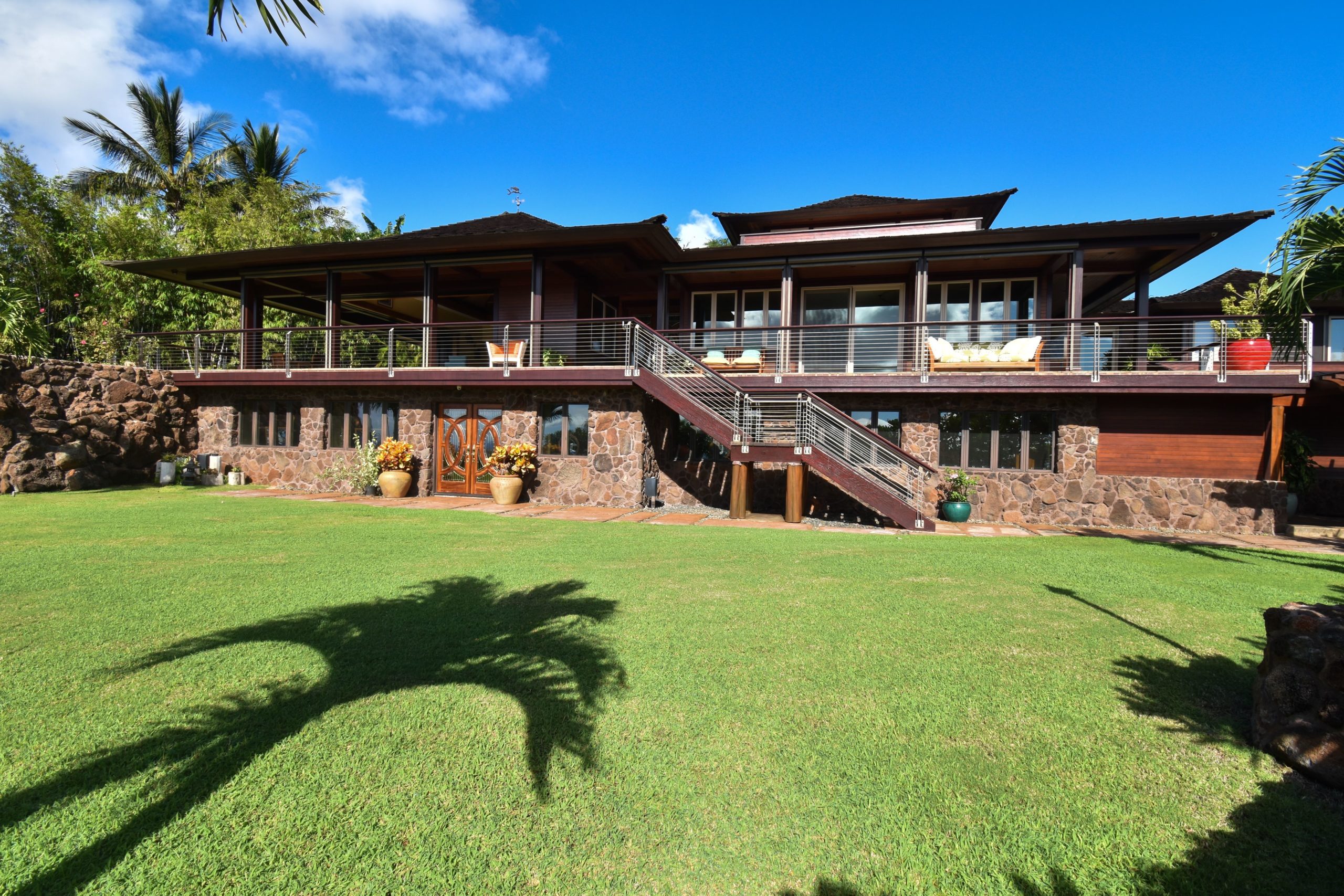 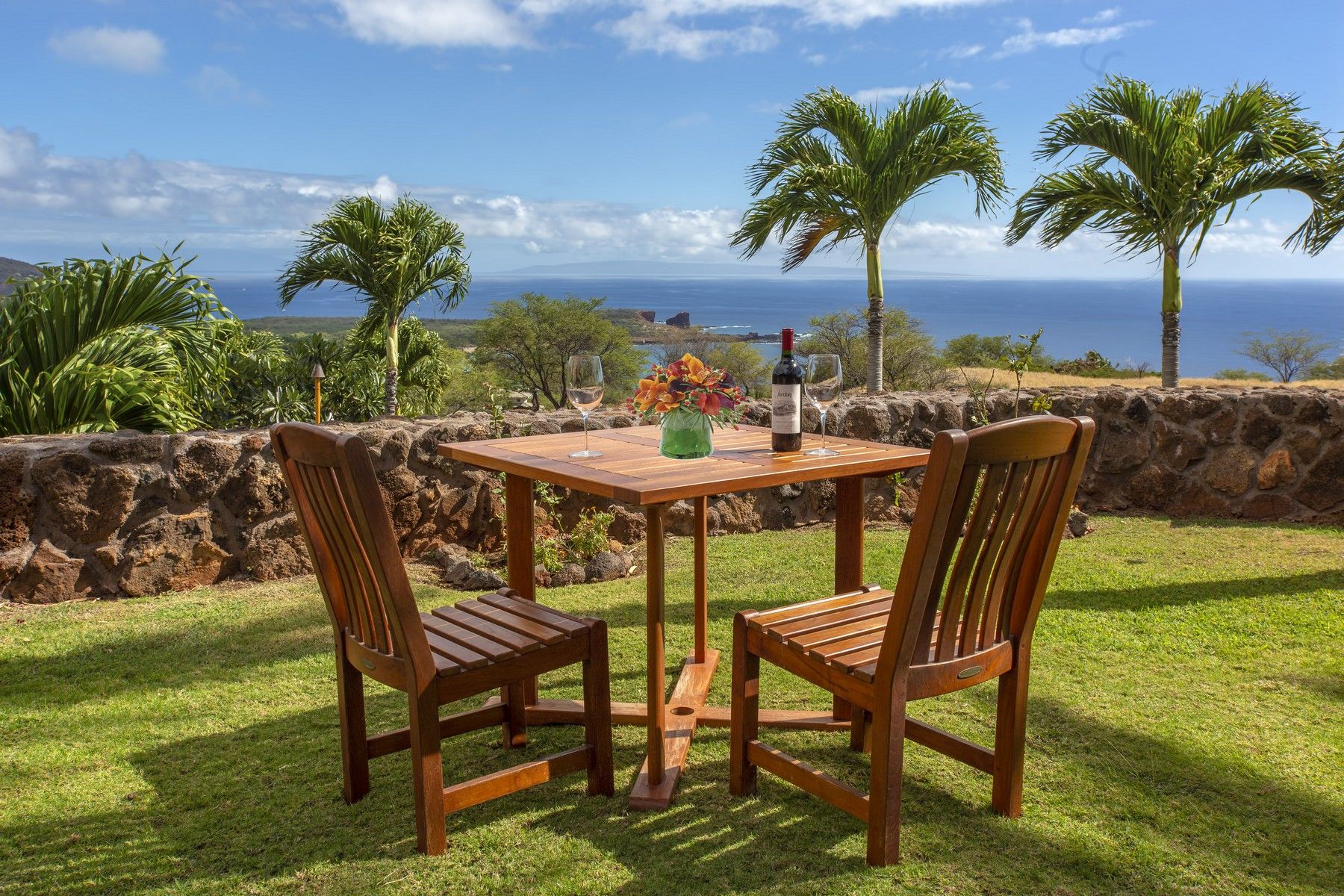 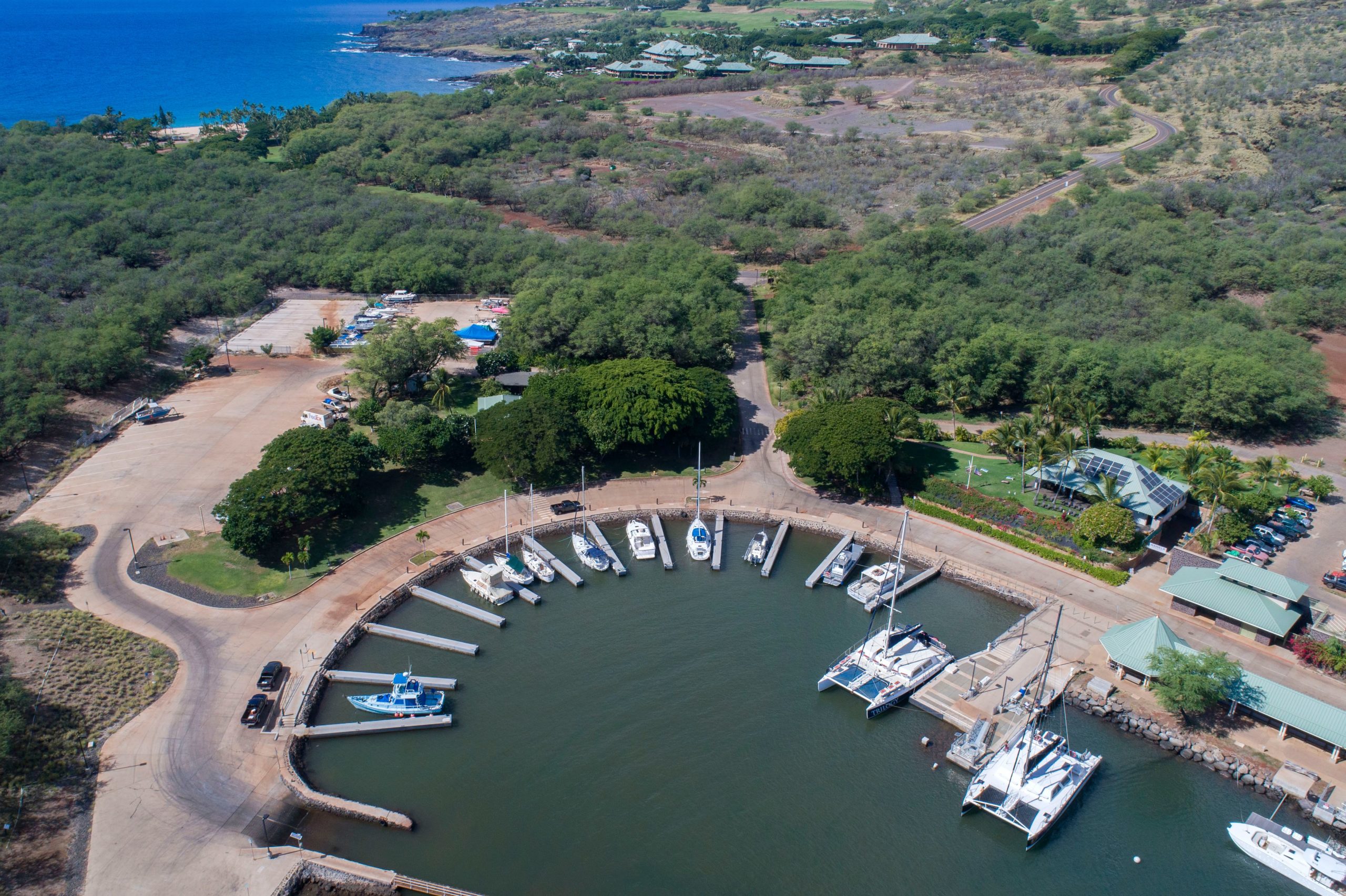 An added bonus: To build anew on the tiny island is an arduous undertaking, which requires building permits and a construction process that can lead to a three-to-four year saga, Fitch notes.

Any buyers of this property need only pack their bags and prepare to do nothing more than relax.

On 1.2 gated acres, the place is perched above Hulopoe Bay. The eco-friendly, solar-paneled home was built in 2005. Measuring almost 5,000 square feet, it boasts disappearing walls of glass that allow for a seamless indoor-outdoor transition.

The property includes covered verandas, a separate pool, spa, and poolhouse, and is minutes away by golf cart to the beach or to the nearby Four Seasons Resort Lanai.

The four-bedroom, five-bathroom spread includes a large living area that opens completely to the outdoors, as well as a dining room and a large kitchen.

The pool area is set apart from the house and feels like a separate resort, according to Fitch. It includes a rain shower and large sauna. An adjacent, covered entertaining area can handle large parties or family dinners.

Pathways around the estate can be accessed by the two golf carts included in the purchase, or you can explore the lush gardens and tropical flowers on foot. For aquatic activities, pile into a golf cart and head to the beach for swimming or snorkeling, minutes away.

A 40-foot fishing boat available for purchase with the home comes with one of the limited number of slips at the Manele Harbor, where Ellison’s yacht is often moored.

Fitch describes the 140-square-mile island as “its own world,” with a unique allure.

“The island—they go, and it draws them in,” she says.