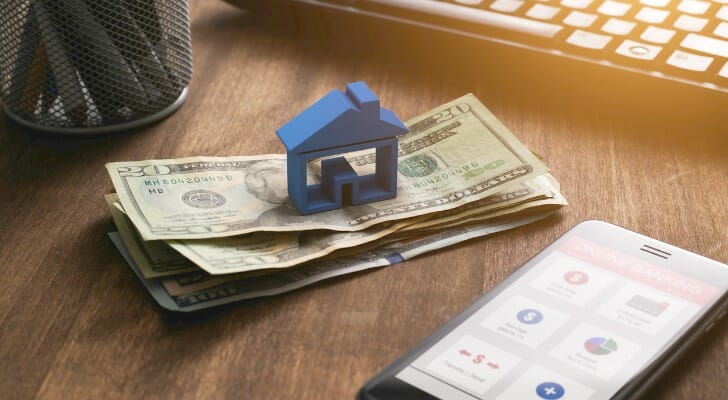 According to the Census Bureau, almost 20 million renters allocate at least 30% of their household income towards rent, indicating that they are housing cost-burdened. This can be especially true in larger cities where the cost of living is higher. And if time is money, then many Americans will have to resort to working longer hours to make ends meet without having to use up any existing emergency funds.

In this study, SmartAsset measured the hours of work needed to pay rent in the 25 largest cities in the U.S. To determine our estimates, we considered data on the following metrics: average annual take-home pay, average hours worked per year and median monthly rent. For details on our data sources and how we put all the information together to create our final rankings, check out the Data and Methodology section below.

This is SmartAssetâs fourth annual study on the hours of work needed to pay rent. Check out the 2020 version here. 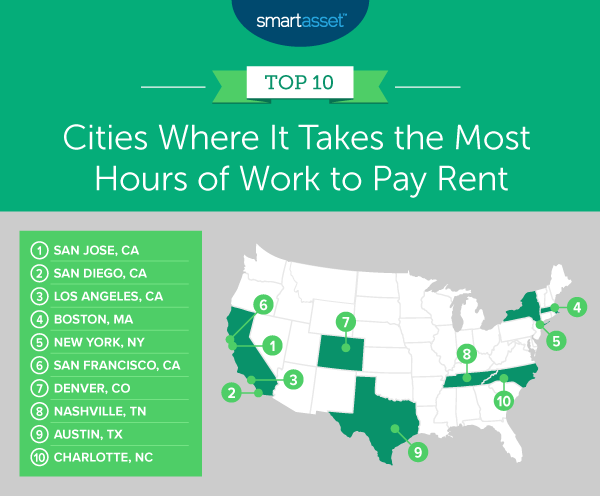 The average annual take-home pay in San Diego, California is $34,157, or an hourly wage of less than $25. According to our estimates, the average worker in this city would need to work almost 74 hours to be able to pay a monthâs rent, which is $1,806.

In Los Angeles, California, the average worker needs to clock almost 73 hours to cover median monthly rent, which is $1,554. The average number of hours worked in the city is about 38 hours per week, which means that it would take this person almost two weeks to cover that total amount of time. The average worker in Los Angeles earns $34,669 before taxes and takes home about $28,815 â or a little more than $21 per hour.

In Boston, Massachusetts, the average worker earns $35,800 after taxes, or about $25 an hour. The median monthly rent in Boston is $1,735, which means residents there will have to work more than 69 hours to pay for a monthâs rent. At an average of about 38 hours worked per week in Boston, it would take nearly 13 days for a worker to cover this amount.

In San Francisco, California the median monthly rent is $1,959. This is the second-highest monthly rent amount across all 25 cities in our study, following only San Jose, California. The average worker in the city earns about $32 per hour, or $51,548 after taxes. This means that the worker would have to work 61.2 hours to cover rental costs. At an average of 40.2 hours worked per week in San Francisco, it would take this worker about a week and a half to do so. 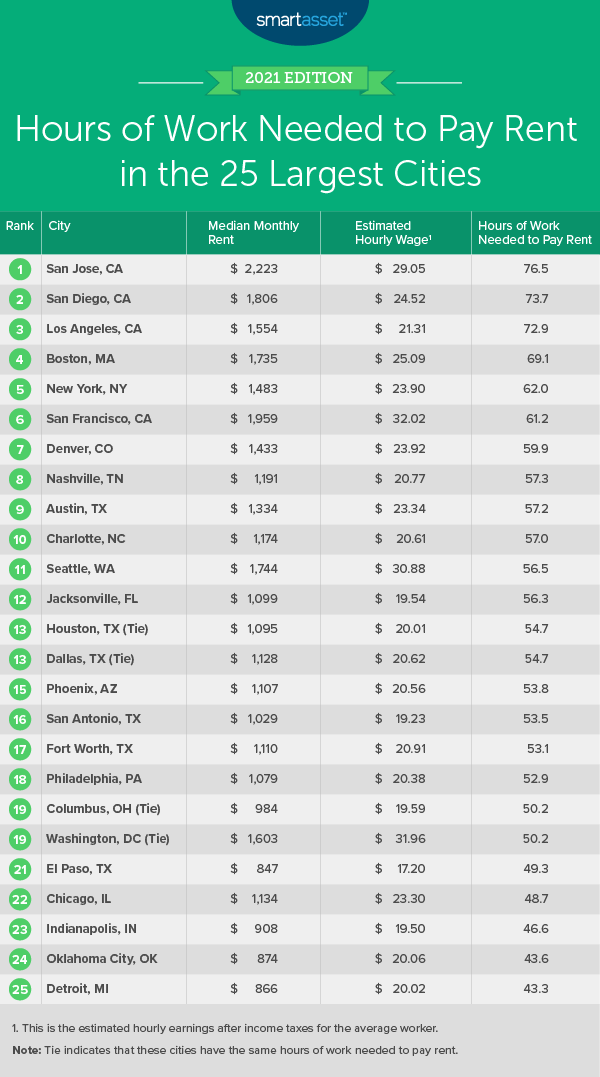 To find out how many hours of work are needed to pay rent in the 25 largest cities in the U.S., we looked at data on the following three metrics:

Tips for Managing Your Savings

The post Hours of Work Needed to Pay Rent in the 25 Largest Cities â 2021 Edition appeared first on SmartAsset Blog.