By Peter Anderson 9 Comments – The content of this website often contains affiliate links and I may be compensated if you buy through those links (at no cost to you!). Learn more about how we make money. Last edited May 25, 2017.

Every time I write about the subject of wealth, and of becoming a millionaire, on this site, quite often one of the first comments that gets left on the post is one of the naysayers saying that the post isn’t relevant to the average reader, and that it’s not possible for someone with an average income to build a nest egg of a million dollars or more.

“It’s not possible” they say. But is it?

For most people, that may be the case, the average income can’t stretch far enough to build wealth.

Unless… Unless as author Thomas J. Stanley says, you play “great financial defense”. 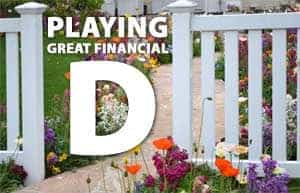 The reason they were so interesting was because UVPS were exceptionally good at transforming income into wealth, while being more likely than the norm for millionaires to have an income under six figures.

When asked how he gets a “good deal” when acquiring a motor vehicle, the UVPS’s number one response is “buying used cars via aggressive shopping among private owners, dealers, leasing companies, etc.” But there is much more to this story than just the acquisition of motor vehicles. The UVPS segment represents literally hundreds of productive habits, financial lifestyle patterns, and attitudes.

In fact, the UVPS segment is more productive in transforming income into wealth than any of the other vehicle acquisition groups among the millionaire population. Interestingly its members are more likely than the norm to have incomes under six figures. Most households in America will never generate a high income. Of course income is a correlate of net worth. But understanding this the UVPS members are determined to accumulate wealth via playing great financial defense, stretching their dollars of income in the most productive manners. For example, they spend less than 65% for their motor vehicles than is the norm for the other millionaire types.

So while there are more of the millionaire who are buying new cars than not, for many of those who are buying used cars, they are doing it as part of a pattern of great financial defense where they are more efficiently transferring income into net worth, versus just spending their income on things – without getting the most for their money.

Being Good At Finding A Great Deal

Those UVPSs are good at finding ways to get the best deal, whether it is in buying a car, or if it is in finding the best and most affordable service providers.

The hallmark of this segment is its tendency to use high grade, locally owned independent repair shops for maintenance, repairs, and evaluation of prospective vehicle purchases. As an important side note, UVPS segment also patronizes the top local/mom-pop appliance dealers and repair services, plumbers, electricians, roofers, etc. These suppliers charge less than more conventional service types. They consistently receive the highest evaluations for quality and integrity from the UVPS segment.

When interviewing UVPS respondents about automobile servicing often they say, “I only deal with Butch” or “Sal is the one.” The Butches and the Sals are not easy to find.

The UVPSs find the best and most affordable providers for services in their area, and they build a relationship with them.

They find the best most affordable way to buy a vehicle, and buy vehicles that way.

They do their research, and they spend their money in an efficient way that leaves more left over to save, invest and give.

So is it possible for someone with an average income to retire wealthy?  Yes, it is.  Many of the millionaires studied by Thomas J. Stanley had incomes of less than six figures, and found a way to become affluent.

The key is you have to be good at playing great financial defense, and finding ways to keep more of your money in your savings account, and less in the pockets of service providers and retailers.

Are you playing great financial defense?